I have to admit, this is where it started to get tricky.

When I began this challenge I was FULL of inspiration, to the point where I made a separate folder in my camera roll with makeup looks I wanted to recreate. And although it’s fun to play with colour, it started to get a little bit boring and I lost motivation. The STILL LOVE the looks I created in this post but you’ll probably be able to tell that with some, I decided to just throw on a pair of lashes in hopes to jazz it up! PLUS, I wanted to chill on the colourful stuff and start making some Christmassy themed posts…

Day 16 – Tropical Glisten
I wanted to utilize the green gold in my Napoleon No Panic Palette as this is probably my least favourite eyeshadow colour, but they seem to slip them into most eyeshadow palette layouts often. I WAS SURPRIZED! I really enjoyed how these colours paired together, the mint green on the inner corner added a touch of interest without overtaking the gold.

Day 17 – Green Intrigue
This Colourpop eyeliner has made its way into so many looks because it is super easy to use, and I have no complaints about the formula. This is such a lazy way to incorporate some colour into an everyday look, and even though the liner is a pearly green it is still subtle. 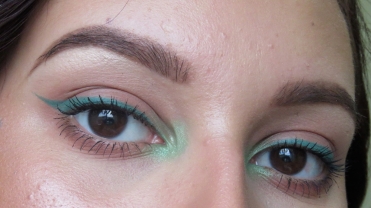 Day 18 – When Life Gives You LIMES
This look is the FLOP look of this post. I wanted to do a simple single shadow look but the colour was a little bit too icy to just wear mascara with. AND THEN that thing where you do a good liner on one side and then try to match the other side, then that sides bigger and then your winged liner ends up MASSIVE happened. 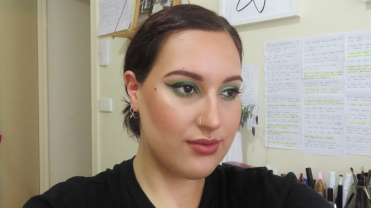 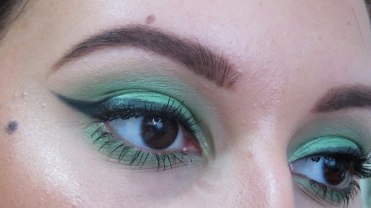 Day 19 – Mauve Quartz
This grungey eye turned out so GOOD! I used a pinky mauve shimmer and burgundy from NYX to create a messy halo eye. With a little bit of mascara to finish, it creates such a laid back effect. 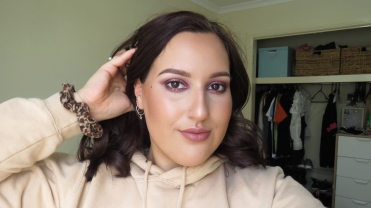 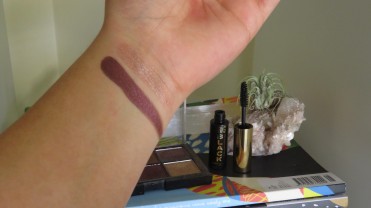 Day 18 – Crying Lightning
The name of this has nothing much to do with the makeup, it’s just an Arctic Monkeys song, but I thought it suited. This colour from Revolution has a pressed pigment consistency and it swatches pink, but once you start to buff and blend it reflects an iridescent purple. 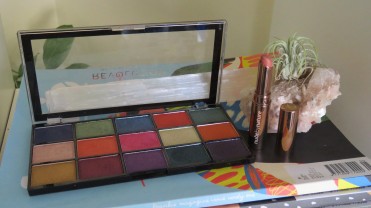 Day 19 – Villain Vengeance
If I was a villain from a comic book, THIS is the makeup I would want to wear. I wanted a hot pink eyeshadow but none that I had were living up to what I wanted. So I just used a liquid lipstick! I used the red lippy to smoke it out, which this formula was a little bit harder to build. But I love how it turned out and that the lips were ombre to match.

Day 20 – Amethyst Sparkle
I bought this Covergirl palette specifically for this lilac colour. I wanted to keep the skin looking simple and structured around this colour on the eyes, and it is my favourite look so far.

Day 21 – Orchid Simplicity
I forgot to take a photo of the product used but I can tell you now it’s a Kat Von D liquid liner and the formula is a nightmare. I like how cute this look turned out but the liner is so runny and drips onto my lashes, and it also dries incredibly quickly, which in this case makes it super hard to work with.

OKAY! This is my formal resignation from this challenge, as fun as it was and the fact that I only truly have a week left, IM OVER IT HAHA. I hope you enjoyed reading and find some inspiration, this way I have more opportunities to try different makeup looks!